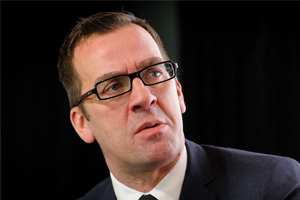 Thomas Cook has confirmed the departure of Mike Hoban, its UK sales, marketing and ecommerce director, who joined from Confused.com in October 2012.

Cook said Hoban had left to “pursue other opportunities” and confirmed that chief marketing officer Remo Masala, who joined six months ago from Kuoni, would now take direct responsibility for marketing in the UK.

This saw Reto Wilhelm, who was appointed as UK managing director in November last year, return to Switzerland to run the East/West region due to family reasons.

Salman Syed has been made UK managing director of commercialisation to support chief operating officer Peter Fankhauser who will continue to be closely involved in the UK.

A spokesman confirmed that Hoban’s direct reports would now be split between Masala and Syed.

He described Masala as a “big hitter” whose role it is to create a unified marketing and brand strategy across the whole Thomas Cook group.

“We are really going to accelerate our unified marketing strategy now. The next step is to push forward even harder with a common approach across the group.

“It makes sense that Remo Masala takes over more responsibility for the UK where Thomas Cook is the most attractive brand in the market.”

The spokesman added that Thomas Cook has a strong focus on the UK business.

“We are constantly putting new talent into the UK organisation. We know that if we fix the UK, we fix Thomas Cook, so we are looking for best practice across the group and people who can help us achieve this.

“We are really benefiting from the expertise of others in the group. We are no longer working in silos,” he said.

Asked if it was part of the overall transformation strategy to remove layers of management from the group, the spokesman said: “We are always working on being more efficient, simpler and leaner as it brings us nearer to – and more focused on – the customer.”

When Hoban joined Thomas Cook in 2012, he replaced Michael Johnson who had been heading up the travel giant’s marketing function since the departure of former chief executive Manny Fontenla-Novoa.

In May 2013, Abta announced that Hoban had been appointed to its board.

He replaced Cook’s government and external affair director Andy Cooper who, under the trade association’s rules, had to step down having served two terms.

Cook confirmed it had not yet decided who would be taking over Hoban’s position on the Abta board.

Abta confirmed: “Mike Hoban will step down with immediate effect.”

An Abta spokesman said: “The composition of the Board is kept under constant review to make sure it has relevant expertise and is representative of the membership as a whole. No decisions about new appointments will be made immediately.”

Prior to Confused.com, where Hoban had worked for two years before joining Cook, Hoban also held roles at Scottish Widows, Barclaycard, British Airways and WH Smith.

During Hoban’s time at Cook the travel giant has undergone a total rebrand with its new yellow ‘sunny heart’ logo replacing the old globe.

It also dropped its famous ‘Don’t just book it, Thomas Cook it’ tagline, replacing it with ‘Let’s Go’.

At the time, Hoban told Travel Weekly: “This is not just a marketing makeover. It’s a representation of how we’re making over the business.

“It’s about much more than changing the logo. This is the third of three big announcements on strategy, refinancing and harmonising the group.”