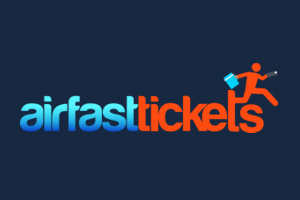 Iata says it hopes to have concluded negotiations with online air ticket retailer AirFastTickets early next week over the €45 million it says it owes in payments.

The airline association placed the US-based firm, which originated in Greece, into default in the UK on June 18 due to a monthly deadline being missed to pay €14 million it owed for sales in May.

It also suspended the firm’s licence to trade as an Iata-accredited agent in Germany and Greece. Cumulatively the amount of money Iata said was ‘at risk’ in those three markets was €45 million.

Travel Weekly understands that Iata had wanted payment to be made by Wednesday last week, but that there was a meeting in Madrid on Tuesday.

An Iata spokeswoman confirmed to Travel Weekly:  “We can confirm a meeting in Madrid has taken place in presence of the Travel Agency Commissioner, where discussions between Iata and AirFastTickets have been initiated to find a viable solution for the settlement of all outstanding amounts. Discussions are expected to conclude by the beginning of next week.”

Observers have expressed astonishment that any company has been able to build up such a debt to Iata through its Billing and Settlement Plan (BSP) system.

Prior to the default Iata said it had been in weekly contact with AirFastTickets and there had been daily monitoring of sales for the previous 50 days.

A number of airlines, including British Airways, are said to have stopped selling through the website ahead of the default.

This week the website, which is still operating and showing the Iata logo, appeared to be offering no flights from the UK, with a search for London as a departure city bringing up only airports in North America.

In the aftermath of the Iata default, the Association of Atol Companies was forced to issue a warning to members after a number had been approached to provide assistance to AirFast.

The firm’s founder, Nikolaos Koklonis, had previously told Travel Weekly that the company was financially robust and did not owe any suppliers. He said the firm had planned to drop Iata accreditation in the UK and Germany from July and work through consolidators only.