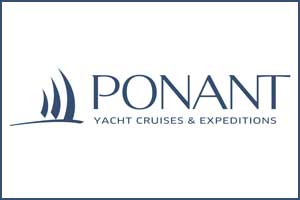 Compagnie Du Ponant is rebranding and changing its name to Ponant.

The French cruise line says the move reaffirms “the strong link between the brand and its iconic three-mast, first vessel of the fleet”, core to the brand identity..

The name change was made to be shorter, easier to remember and to have a stronger impact.

A spokesperson for the brand said: “With its new name, the only French cruise line is reiterating its commitment to grow business internationally while remaining loyal to its origin as well as the core values behind its success – to discover the treasures of the world by sea, on board luxury small capacity ships flying the French flag.”

The brand’s logo remains the same, but it now comes with a new tagline of ‘Yacht Cruises & Expeditions’.