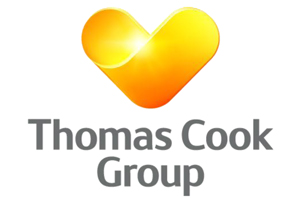 Thomas Cook has appointed a new managing director for Thomas Cook UK who will be responsible for all areas of the UK business.

Salman Syed was appointed in April to support chief operating officer Peter Fankhauser in the management of the UK operation but he was today named as managing director of Thomas Cook UK, reporting in to Fankhauser.

He moved internally to become managing director of commercialisation in April 2014 and since then has worked closely with Fankhauser to drive results in the UK.

The UK Leadership team will report in to him with immediate effect, with Peter Fankhauser now focussing fully on his COO role.

“Salman is an accomplished business and transformation leader who is accustomed to fast paced, global environments, having worked for a number of major international companies across Europe, North America and Asia. Working alongside Peter, he has made a real difference to our UK business, which is having a tangible impact on trading performance. I am confident that the UK performance will go from strength to strength under his stewardship.

“In addition to congratulating Salman on his new position, I’d like to again thank Peter for his strong leadership before passing on the baton to Salman. Peter will now be able to focus fully on his COO responsibilities, of which the UK remains an essential part.”