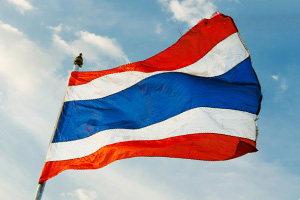 Thai police investigating the murders of two Britons are claimed to be “close to making an arrest” and are looking for a man thought to have fled to Bangkok.

Hannah Witheridge, 23, and David Miller, 24, were found dead on the island of Koh Tao on September 15.

Police are trying to find a man who left the island that day and is now believed to be hiding in the Thai capital, the BBC reported.

At least three men were involved in attacking the tourists, police believe.

According to post-mortem examinations, Ms Witheridge, from Great Yarmouth, Norfolk, died from head wounds while Mr Miller, from Jersey, was killed by severe blows to the head and drowning.

Two items – a heavy garden hoe and a piece of wood – have been identified as the murder weapons.

More than 100 officers are involved in the investigation and they have been collecting evidence and taking DNA samples from those working on the island.