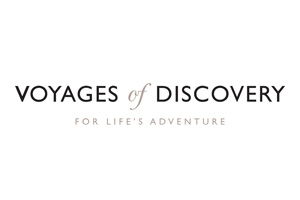 Things are changing at Voyages of Discovery. The cruise line is introducing a new logo, strapline and product offering as it looks to differentiate itself from sister brand Swan Hellenic.

Colin Wilson, group sales director of parent company All Leisure Group, said the changes were being done with agents in mind.

“It wouldn’t be uncommon for agents to have said ‘How do I sell the differences between Voyages and Swan?’” said Wilson.

“If agents don’t know, our customers won’t know either.”

All Leisure started considering a brand change in November last year and carried out research with past passengers and consumers who hadn’t sailed with either line.

Explaining Voyages of Discovery’s objectives and need to attract a newer client base, Wilson said: “Voyager is a small ship that carries just under 500 people.

“Our objective is to sell it earlier by getting people to understand the product better.

“We’re not interested in another ship and it’s about using the trade to get new customers.”

The research resulted in a complete overhaul of the brand’s look and feel, with new brochures, a new website and the introduction of all‑inclusive packages, which will be commissionable for agents.

Wilson said there was a perception that the Voyages of Discovery and Swan Hellenic brands had become too similar and it became essential to start “pulling the brands further apart”.

“What has come out of this research is not just a rebrand, but also in the choice the customer will have with the product. Customers said they wanted freedom, flexibility and choice and we’re going to be offering that.

“And that is different to Swan Hellenic, which is a bit more formal [and for older clients].”

Voyages of Discovery has changed its logo so it’s fresher and appeals to a younger audience, and has introduced a new strapline, ‘For life’s adventure’.

The brochure will be reprinted with the new branding and will be distributed to agents when the current stock runs out.

Voyages of Discovery’s winter 2015-16 brochure features the new look and has a new product offering, including new itineraries with more overnight calls. The cabin grades have been simplified, while the benefits of upselling have also been made clearer.

“In the current brochure there are 20 cabin categories and it was too difficult to differentiate one category from another because the only difference might be the position on the ship and nothing of any huge significance.

“From winter next year, we have reduced the cabin grades from 20 to 11. We have reduced the number of grades, but we are giving a far more compelling reason why people should go for a higher category room. Before it was very difficult for agents to be able to articulate what the differences were.”

The line is also launching butler service, available from £499, on balcony and junior suites, and agents who upsell and book the service will earn 10% commission.

Another change is the introduction of all-inclusive packages. These include a welcome package, drinks package and spa package available, all of which are commissionable for agents.

Wilson said the brand had never contemplated going all-inclusive, but he “latched on to it” after the research showed that customers would be willing to pay for it if they had the option.

As well as “exciting” new itineraries, the line hopes its new website will help widen its passenger appeal.

Wilson said the new “content-rich website” would attract a younger, tech-savvy audience, and that by early next year agents would be able to book online through the site for the first time.

Voyages of Discovery will be hosting webinars to help agents better understand its new offering, and its trade sales team will be educating agents on the road.

All Leisure is about to undertake research on Swan Hellenic, and Wilson hinted that the results could see the line become even more inclusive.