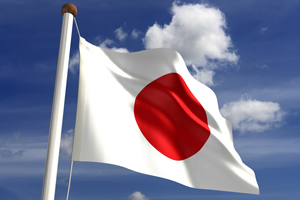 Japan is bracing itself as powerful Typhoon Vongfong heads towards the country.

Officials warn that it will be the strongest storm to hit Japan this year.

The southern island of Okinawa is likely to bear the brunt of the storm when it makes landfall late Saturday or early Sunday.

Vongfong is said to be carrying winds of up to 161mph.

It follows the path of Phanfone, which killed nine people earlier this week.

An official from Japan’s Meteorological Agency told Reuters: “There is no question that (Vongfong) is an extremely large, extremely powerful typhoon.”

“It’s the strongest storm we’ve had this year, definitely, although it has lost some strength from its peak.”

The previous severe weather alert, prompted by Phanfone, caused more than 1.2 million people to be evacuated to shelters, disrupted air and rail travel as well as the search and rescue efforts for missing hikers on Mount Ontake.

The Foreign and Commonwealth Office said in an updated travel advisory: “You should monitor the progress of approaching storms and follow instructions issued by the local authorities.

“Typhoon Vongfong is forecast to affect parts of the country from around 11 October.

“There may be some disruption to transport and other infrastructure in the parts of north-eastern Honshu most affected by the 2011 earthquake and tsunami.

“Check with the local authorities or your travel company before you go.”