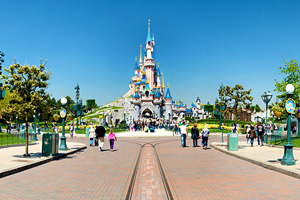 Walt Disney Company, which owns a 39.8% stake in the business, said that it would back the €420 million rights issue which will improve the cash position of the business by €250 million.

In addition, around €600 million of the group’s debt owed to Walt Disney will be converted into equity.

Prince Alwaleed, who is the second largest investor in Euro Disney, said he will also support the rights issue.

The Saudi billionaire owns a 10% stake in the theme park on the outskirts of Paris through his Kingdom Holdings investment company.

“We will fully subscribe to the rights issue because we support France and we support Disney,” Prince Alwaleed told the Mail on Sunday. “They will not take our stake, we will maintain 10%”, he said.

The grandson of the founder of Saudi Arabia has built up significant stakes in assets such as Apple, US banking group Citi and the Savoy Hotel in London.

Prince Alwaleed said that he had flown into Euro Disney, which recently built a Ratatouille themed ride, and said that he still believed it was a “top-notch tourist destination”.