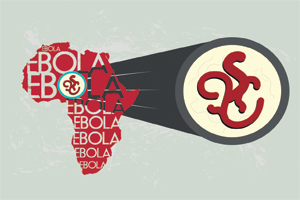 The World Health Organization says the number of Ebola cases has exceeded 10,000, with 4,922 deaths.

Only 27 cases have occurred outside of Sierra Leone, Liberia and Guinea and those three countries account for all but 10 of the fatalities.

The latest report from the health organisation said that Liberia remains the worst affected country with 2,705 deaths recorded. A further 1,281 fatalities have been recorded in Sierra Leone and 926 in Guinea.

Eight deaths have occurred in Nigeria and one in the United States. Mali because the latest country to report a death last week when the virus claimed the life of a two-year-old girl.

The WHO said the number of cases was now 10,141 but that the figure could be much higher, as many families were keeping relatives at home rather than taking them to treatment centres.

In West Africa, Senegal and Nigeria have been declared Ebola free by WHO. According to the BBC, in the US, governors in New York, New Jersey and Illinois have ordered a mandatory 21-day quarantine period for all doctors and travellers who have had contact with Ebola victims in West Africa.

Last week screening for Ebola started at Gatwick’s North and South Terminal, and it was also set to begin at St Pancras Eurostar train station in London according to Pubic Heath England. Manchester and Birmingham airports are to follow in the coming weeks.