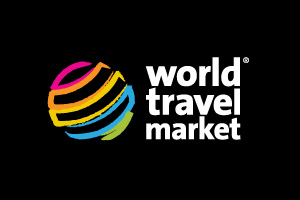 The newly-rebranded Celestyal Cruises is looking to grow UK passenger numbers from the low thousands into the tens of thousands by 2018.

The line, which until yesterday was known as Louis Cruises, is looking to drive UK figures through working with more trade partners and operators.

Pythagoras Nagos, sales director for the brand, said he would like UK passengers to make up 6-7% by 2018 but that currently UK figures stand at “four times lower than that”.

He said the line’s recent rebrand and focus on its USP of being Greek specialists – and offering authentic Greek experiences – would help to attract more Brits looking to explore Greece further.

He said the line’s growth ambitions would be added by a new ship which he expects to be added to the fleet by 2018, although he wouldn’t reveal whether Celestyal would be buying a ship or chartering one.

He added that growth wouldn’t happen immediately and that “careful work” was needed to drive awareness and boost numbers in the UK.

Speaking to Travel Weekly at World Travel Market, Nagos said: “We are offering three, four and seven night cruises and we believe these cruises are popular for people wanting to combine a land based holiday with a cruise. The three and four night cruises are our most popular.

“We weren’t too active selling our ships in the UK until 2012 but we are keen to grow out UK business because the UK is a major source market for Greece.

We are working with selected operators and agent partners and you will see much more dynamic packages of our product in the UK market.

“We currently carry a low four-digit number out of the UK, but by 2018 I would like that to be a five-digit number.”

He said that 40% of business in the UK comes through the trade and plans were at hand to increase trade focus in 2015.

To work with agents and operators closer the line has hosted three fam trips so far this year and is planning more for next year to highlight nine new Aegean ports (Chios, Ios, Kos, Milos, Samos, Symi, Syros, Sesme and Bodrum) which were added this year. Next year an additional 12 new Ionian and Adriatic ports will be added.

Currently Celestyal Cruises operates two ships, charters two to Thomson Cruises and has a fifth in Europe which is either chartered or offers bespoke trips.

Nagos said the line would also push its Cuba Cruises winter sailings more aggressively this year after launching in the Caribbean last year.

“We will be testing the Cuba Cruises side of the business more this year in the UK market because we think it is something that could work very well here,” he said.

“We will be pushing it with more marketing campaigns and working alongside tour operators to get the product out there. This is something that is starting now.”

The line unveiled a new brochure at WTM, reflecting the new brand name, and a refreshed website will go live on November 21.