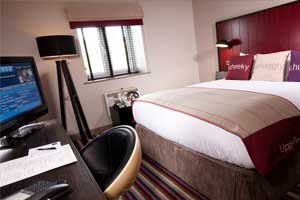 The US private equity firm that owns the Hotel du Vin and Malmaison hotel chains is set to take over Village Urban Resorts as part of a £600 million expansion in the UK.

KSL Capital Partners, which this week announced the purchase of the 46-bedroom Cannizaro House hotel on Wimbledon Common for up to £20 million, is understood to have exchanged contracts to buy the Village chain from the De Vere Group for more than £480 million, the Times reported.

The investment firm is also believed to be in final negotiations to take over Great Scotland Yard in London, the former headquarters of the Metropolitan Police in Whitehall Place, for conversion to a five-star hotel in a project costing an estimated £100 million.

In the final round of bidding, the US firm is understood to have outbid Great Eagle Group, the Hong Kong-based owner of the five-star Langham Hotel in London.

The sale of Village, which has 25 hotels and three more under development in Scotland, will end the break-up of De Vere Group by Lloyds Banking Group.

De Vere Venues, its conference and training business, was sold to Starwood Capital for £232 million, while the £160 million sale of its six De Vere golf resorts, including Cameron House, by Loch Lomond, is due to be finalised this month.

KSL, which has a big US golf resorts business, is close to signing further deals for Hotel du Vin properties in Stratford-upon-Avon and central London, while Great Scotland Yard would become part of Malmaison.

Cannizaro House will become part of Hotel du Vin after a £1 million refurbishment.