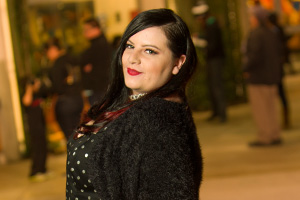 Gemma Eckersley liked California so much, she is now planning to spend her honeymoon there.

But even before she started to plan a trip down Route 66 with her fiancé Tom, California was on her list of places she most wanted to visit.

Her love of music bands with connections to the state, from The Doors to Guns N’Roses, and her passion for films and all things Hollywood meant she had marked it out early on in her life as a place to visit.

“It couldn’t have been a better place to choose for me; I had always wanted to visit. I am really into music and film and some of my favourite bands and favourite rappers are from California,” says Gemma.

In fact, she was so taken aback on being told she had gained a place as a Travel Weekly Cover Star, she hardly dared believe it was true.

She recalls: “I went completely silent on the phone when I got the call to say I’d won a place, and then I said “is this Tom?” because I thought it was my boyfriend playing a joke on me! I never imagined I would get a place.”

One of her first highlights was experiencing Virgin Atlantic in a premium seat, after being upgraded on arrival at the airport.

“I always wanted to fly Virgin, but I never had, even though I work in travel. Now I am recommending them to all my clients because the staff really look after you.”

While Gemma enjoyed every moment of the trip, one of the best moments in California was her photo shoot, where she got to live the celebrity dream.

“I felt like a star,” jokes Gemma, who was already “dreaming big” about the destination in line with the state’s marketing tagline before she arrived in California. “I was being photographed at the Outlets at Orange and people were watching me like I really was an actress!” she recalls.

By the end of the trip – her first and only fam – the visit to California had more than lived up to her expectations.

“It was one of the best experiences of my life,” says Gemma, who has been engaged to Tom for the past six years. “We are now in the early stages of planning a trip along Route 66 and getting married out there. I quite like the idea of a Las Vegas Elvis-style wedding and having our honeymoon out there. I’d like my boyfriend to go to all the places I experienced on the Cover Stars trip.”