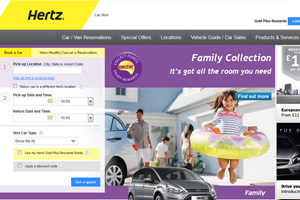 A former senior executive at United Airlines is taking over as chief executive of Hertz.

John Tague takes over from Brian MacDonald, a specialist in corporate turnarounds who has led the company on an interim basis since Mark Frissora left “for personal reasons” in September.

Tague will oversee Hertz’s investigation of its corporate accounting after the company said in June that it might have to restate the last three years’ results because of a series of accounting problems, the Financial Times reported.

The issues included problems with the capitalisation and depreciation of assets and “doubtful accounts” in Brazil.

Tague was chief operating officer at United before leaving when the carrier merged with Continental Airlines in 2010. He is moving to Hertz from logistics company Cardinal Logistics Holdings where he was chief executive.

Activist investor Carl Icahn, who was involved in the election process, said: “I have been involved in a number of CEO searches during the last decade and have been quite impressed by the knowledge and imagination of a number of these candidates.

“I am happy to say that after listening to John’s ideas concerning Hertz and evaluating what he has accomplished at United, I believe he ranks at or near the top of the group.”

Tague introduced new products and pricing initiatives at United that Hertz said had improved both the airline’s financial performance and customer satisfaction.

Hertz said corporate earnings before interest, tax, depreciation and amortisation – a profit measure that excludes car financing effects – would be 29% down this year on 2013’s reported level.

It did not expect to complete the examination of its accounts before mid-2015 at the earliest.