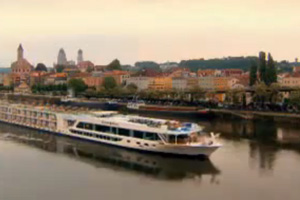 Scenic Tours has invested £250,000 in its biggest river cruise ad campaign to date.

The four week-long campaign features a voiceover by Richard E Grant and highlights the line’s European river cruises and the facilities available onboard its fleet.

The line has created two ads – a 60 second one and a 40 second version – which are being shown on Freeview and Sky channels such as ITV3, More 4, Eurosport, Good Food, Sky Arts, Animal Planet, Sky New and Yesterday.

It will air during peak daytime shows such as Time Team, Escape to the Country, Murder She Wrote, Heartbeat and Judge Judy.

Chris Townson, managing director of Scenic Tours, said: “We’re got so much to shout about when it comes to our European river cruises that we thought it essential to launch a new TV ad campaign. We go above and beyong what you might expect from an all-inclusive river cruise to ensure each and every guest never wants for anything, and we think our new advert really stands out from the crowd.

Those who book before February 28 will receive savings of up to £1,500.