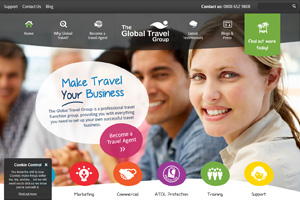 The first meeting of a new travel agent focus group set up by consortium the Global Travel Group has taken place with numbers expanded to 15 from 10 due to demand.

The first meeting of the Global Advisory Panel (GAP) took place in the Carden Park Hotel near Chester today, where the group is holding its annual conference.

Andy Stark, Global’s managing director, said: “Initially we set out to have 10 agents, but because of the volume we took that to 15 and have a waiting list.”

Stark said the group will discuss all aspects of the consortium’s work, from the commercial deals they are offering to technology and service levels.

“We want to share those initiatives we are putting in place to make sure we are making the right decisions,” he said.

The panel will meet regularly and Global says it will share the initiatives they are putting in place with the full membership.

Global saw a 15% increase in turnover last year, said Stark, with average gross commissions earned by its members up 15%.

Average selling prices were also up 15% and the average commission achieved after discounting was up by 13% on last year, Stark said.

Stark added that the group has added 23 new members in the last year including some well-established agencies.

Dubai has seen a 23% increase in volume for the group, which was part of the Stella Travel Services sale to Emirate’s dnata travel group.

Cruise has also seen a significant increase with the sector up 31% for the group. Stark said overall Global sells enough cruise holidays to fill Silversea’s Silver Cloud 16 times over.

Global, Silversea and Travel 2 have teamed up to offer 10 members the chance to win a place on a VIP trip on one of Silversea’s cruises later this year.

Stark said the group had added 14 new XML accommodation feeds in the last year and increasing the proportion of directly contracted hotel beds to 31%.

The conference was told 15% of its business with tour operators is with those that do not have their own retail presence.

Global says it will continue to cherry pick luxury accommodation for the short-haul market because it knows there is growing demand.

Stark said: “People are booking far more complex holidays. They are travelling further afield which means you have a greater part to play in delivering the product and selling that holiday.”