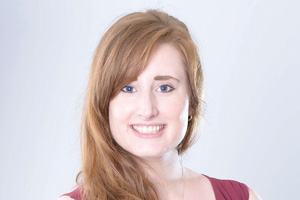 Merrick won the prestigious award for her feature on Carnival Cruise Lines’ ship Carnival Breeze which was published in Travel Weekly last June.

The ceremony was attended by travel editors and journalists, bloggers, members of the cruise trade and industry partners.

Ten awards were presented from more than 320 entries submitted.

The entries were judged by a panel of experts led by Michele Andjel, head of public relations for P&O Cruises and chair of the Clia UK & Ireland UK PR working group.

Clia UK and Ireland director, Andy Harmer, said: “This has been yet another fantastic year for cruise journalism with more award entries received than ever before – and from right across the media spectrum.

“The awards, first launched in 2012, celebrate the incredible quality and diversity of cruise writing across the UK and Ireland.

“From national and local newspapers to magazines of many different genres, across social media, online and on air – the quality, depth and breadth of entries has been superb.

“As always, we are delighted to be able to honour the journalists who have shown such great support for the cruise industry.”