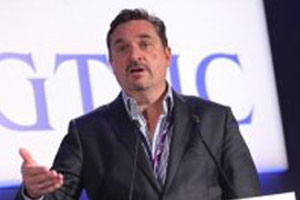 A leading Labour MP’s suggestion that a 1% tourist tax should be imposed on hotel stays in London has been condemned by the Guild of Travel Management.

The main aim would be to help address the cultural and leisure inequalities facing London children.

But it would also cover the cost of events like the New Year’s Eve fireworks and create a borough culture fund, allowing town halls to bid for money to put on free events for communities.

“Making it more difficult to do business in London is not a positive move for the economy,” he said.

“It is disappointing that Dame Tessa Jowell is in support of the 1% tax. Whilst the proposed culture fund is important for the capital, this does not take into account the economic impact on the city, and the wider UK regions.

“The GTMC is concerned that prominent London politicians have expressed support for the hotel tax without consultation with the business travel community.”

Wait added: “Although the proposed tax is likely to start at 1% per bed per night, we are concerned that this would set a precedent, and once established such taxes would increase over time.

“Moreover, the so called ‘tourism tax’ would impact on business travellers visiting from cities across the UK as well as internationally.

“The GTMC is greatly concerned that there would be no method to distinguish between tourists and business travellers, which in turn has a negative impact on the UKs – and specifically London’s – ability to develop as an international growing economy.

“Discouraging the progress of commerce is not sensible long term planning. We are firmly opposed to the hotel levy.”