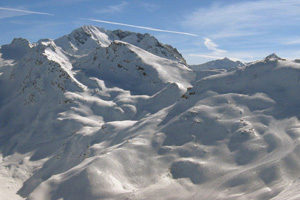 A British snowboarder has been killed in an avalanche in Switzerland.

The 30-year-old man is understood to have died while snowboarding off-piste with his 31-year-old brother on Saturday, the Times reported.

He was the 28th person killed in an avalanche in Switzerland this winter.

A total of more than 100 people, including skiers and walkers, have died across the Alps this winter, with four weeks of the season left.

The accident involving the unnamed Briton ­occurred on the so-called Hannibal corridor of Mont Vélan in the Valais area at an altitude of 3,600 metres.

The victim, who lived in Switzerland, was equipped with an avalanche transceiver, enabling rescue workers to find him quickly, but he was pronounced dead at the scene. His brother escaped unhurt.

The number of people killed on Swiss slopes is the worst for five years.

A total of five people are reported to have been killed in avalanches in Switzerland, France and Italy in the past three days.