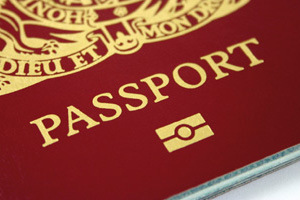 All travellers leaving the UK face passport checks which have started to be phased in at ports and border crossings.

Immigration officials will record details of all passengers leaving by air, sea and rail transport.

The exit checks will particularly affect travellers on cross-channel ferries and the Channel Tunnel, with Eurotunnel warning in February that the new rules will lead to delays.

However, the exit checks are being introduced gradually in an attempt to minimise any possible disruption.

For the first month all passports will be scanned but only 25% of the passport holders will have their details verified to ensure they are genuine.

The government said the exit checks were needed to combat illegal immigration and would be introduced with the “least possible disruption”.

A P&O Ferries spokesman told the BBC that the company was “hoping for a fairly seamless transition to the new system”.

“They have picked a quiet day for the introduction of the checks. The actual scanning of passports is quick, it’s the verification that takes longer,” he said.

Security and immigration minister James Brokenshire said: “Exit checks will provide us with vital information that confirms a person’s exit from the UK.

“Port and travel operators are experts in their business and know their customers best, which is why we’ve supported them to design and trial the systems for collecting data in a way that will minimise the impact on customers.”