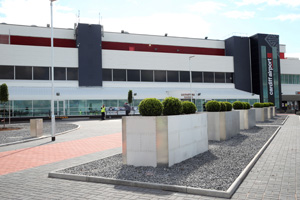 CityJet is withdrawing flights from Cardiff, blaming the Welsh government-backed airport for backing a new network being established by rival Flybe.

Routes to Paris and Edinburgh will be shut by CityJet from June 29.

Flybe announced a long-term deal with the airport in March to serve 11 destinations from June 1.

Cityjet chief commercial officer, Cathal O’Connell, told WalesOnline: “Both business and leisure interests in Wales welcomed us to Cardiff in January 2014 when these routes were abandoned by the previous operator.

“Since then we have carried over 100,000 customers on these services.

“We have invested in building our presence in the marketplace, including the upgrading of the aircraft from a 50-seater to 70-seater in March this year and the establishment of a crew base at Cardiff by Stobart Air, who operate the services on our behalf.

“We can fully understand the desire of the airport to build its network. What we cannot accept is Cardiff Airport enticing another airline to provide service on a bundle of routes which include two routes already operated by Cityjet from Cardiff.

“The fact that the other airline’s flight timings are almost identical to Cityjet’s questions what benefit Cardiff airport management sought to achieve from this venture.

“Competition is not a problem, but competition should be based on a level playing surface and not one where an airport clearly favours one airline over others.

“Cityjet will be in contact with affected customers regarding the ending of the service.”

Airport director Debra Barber said: “We would like to reassure passengers immediately that these destinations will continue to be served from Cardiff.

“We know these routes serve both Welsh passengers travelling on business and leisure plus an important inbound market into Wales. As such, we are confident the services will be well used and continue to link Wales with Scotland and France respectively.”