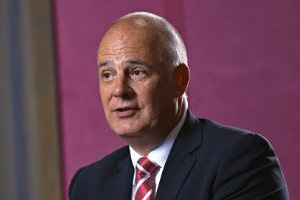 “Airline distribution is evolving, there’s no revolution going on here…it’s not like it’s happening overnight is it…” Technology and Innovation in Airline Distribution and Merchandising Conference 2015

Agree or not, these were the words which greeted us from the stage at a recent conference in London (pre Lufthansa announcement).

The speaker was referring directly to the remarks made by Iata at the 2014 San Diego WPS about “The Distribution Revolution” in the business travel airline sector.

Well, I’m afraid, I don’t agree.  You see, revolutions don’t happen overnight and I can illustrate.

One of the most famous revolutions is of course the French Revolution of 1789, a revolution which itself is defined as having taken 10 years to completion in 1799.

But if you look back further and consider the seeds of that revolution and the impact it’s surprising just how many parallels we may draw against the “Distribution Revolution” IATA defined in San Diego.

The seeds of revolutionary change in France were sewn in the midst of the 1772 financial crisis, almost twenty seven years prior to the defined end.

Fuelled by this crisis and the influence of the American Revolution of 1775-1783, the French masses rose up and the rest, they say, is history.

But it’s important to note that in the aftermath there were three defining aspects of the post-revolution. 1) relative chaos 2) an emerging middle class and 3) an authority vacuum which allowed Napoleon Bonaparte to take power.

Now I don’t know about you, but I love lessons from history and I can certainly see shades of revolution in today’s airline distribution landscape.

As far as the build-up is concerned, the financial crisis of the last six years has played its part in the revolutionary phase we are entering, and inequalities in distribution capabilities have been exacerbated by the internet revolution of Web 2.0.

The net result is that we are building towards an airline distribution revolution which could also mirror those post-revolution results in France over two hundred years ago.

And with NDC now entering its phase of deployment the denouement is perhaps not far away.

The “relative chaos” post-revolution in France is mirrored by the confusion and frustration commonly being experienced now by the supply chain and corporate travel buyer community, and I imagine the many questions they have about what distribution will look like will not be solved overnight.

The “emerging middle class” is illustrated by the arrival of a plethora of new entrant distribution technologies and portals which will initially add to that confusion before order is resumed.

On the walls of IATA’s offices in Geneva sits a mantra…it refers to the need to understand “The Global Big Picture.”

With that spirit in mind, I invite you to consider our approach to a revolution – a business travel distribution revolution spurred on by the impact of the leisure traveller’s experience, mobile, demographic changes, data and technology.

See you at the barricade walls – Vive La Revolution!