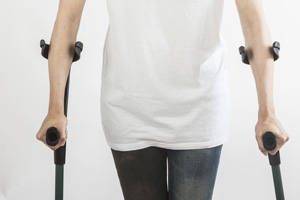 An estimated 4.4 million holidaymakers suffered injuries on trips abroad over the last three years at a cost of more than £1 billion, research published today (Monday) reveals.

More than a third (38%) of people who holidayed abroad in that period had an accident and 37.5% of them suffered injuries that cost an average of more than £252 each, the Post Office Travel Insurance study estimates.

Animal bites and insect, jellyfish or stingray stings were the most frequent incidents, suffered by a quarter of holidaymakers polled by the Post Office.

One in 20 holidaymakers slipped or fell around swimming pools. The same proportion of people tripped or fell downstairs, suffered cuts from broken glass and other sharp objects or sustained injuries while swimming, snorkelling or diving.

Cuts and bruises together with broken or fractured limbs, shoulders and ankles were among the more common injuries.

Most injuries cost holidaymakers relatively small amounts of money. These ranged from an average of £47 for bites and stings to £118 for sunstroke or sunburn, £121 for a rental motorbike or scooter accident and £150 for a bathroom fall.

But tourists not covered by travel insurance could find themselves paying considerably more than the average bills uncovered by the research.

It found individual injuries caused by bicycle accidents costing around £850 and of a sunburn victim paying around £1,500 for treatment.

Some people suffered multiple accidents costing them up to £7,500.

More accidents happened to UK holidaymakers in Spain than anywhere else, according to the poll of more than 2,000 people.

A quarter of those surveyed who needed treatment for sunburn or sunstroke and almost three-in-ten (28%) who slipped or fell by swimming pools were on holiday in Spain.

One in 10 of those requiring treatment for sunburn were holidaying in the US where the cost of medical assistance is high.

Ten per cent of food poisoning incidents were in Turkey.

Among those who admitted paying for treatment of injuries or damage to belongings like cameras, mobile phones, clothes, spectacles and sunglasses while on a holiday abroad, 45% used  their holiday funds as payment.

Two-fifths (38%) settled bills by credit or debit card while one-in-seven resorted to using their savings.

“Most of these accidents will be relatively minor ones and, hopefully, should not spoil the holiday too much.  However, they could make a dent in the holiday budget for people who are not insured.

“Although UK tourists may expect to be covered by the European Health Insurance Card in European destinations, there have been well publicised cases where the EHIC card has been refused – particularly in Spain.

“Holidaymakers should not leave things to chance and should make sure they take out travel insurance for trips abroad so that they can have peace of mind in case things go wrong. Travelling without insurance is a risky business.”