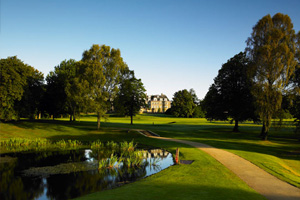 Drinks giant Diageo has sold the famous Gleneagles Hotel and golf resort in Scotland for an estimated £150 million.

The hotel has been acquired by private investment company Ennismore which owns the Hoxton chain of boutique hotels.

Gleneagles hosted the Ryder Cup last September and a G8 summit 10 years ago.

The business generated revenues of £43.5 million and an operating profit of £2.6 million in the year to June 2014.

Diageo chief executive, Ivan Menezes, said: “Diageo is proud to have been the owner of Gleneagles but the hotel is not a core business for us and therefore following the success of the Ryder Cup we feel this is an appropriate time to realise value through this transaction.

“We wish Ennismore and all the staff at the hotel a successful future.”

The new owner said it would retain the existing staff and make a “significant” investment in “one of the world’s most prestigious and recognisable venues”.