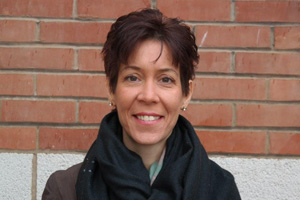 Cecilia Abert, UK managing director of Hurtigruten, has resigned after just six months in the role, citing differences over the strategic direction of the company.

Abert stepped down this week and will leave the specialist Norwegian coastline cruise company officially on August 11.

She told Travel Weekly: “I love the brand so much but the role just wasn’t for me.”

Abert, who joined Hurtigruten from Regent Seven Seas Cruises, where she had been senior sales and marketing director for Europe, Middle East and Africa, said she was proud of what she’d achieved in her short time at Hurtigruten.

“It was very rewarding to see agents’ business grow following a brand repositioning with the help of a new range of digital marketing materials,” she said.

Abert said she was keen to remain in the cruise industry, a sector she said she loved because it was “so dynamic”.

Hurtigruten’s managing director for the Nordic markets, Cyril Bricaud, who is based in Oslo, will look after the UK market on an interim basis until a permanent replacement for Abert is appointed.

He will be supported by head of sales Antony Daniels, who joined recently from Norwegian Cruise Line to replace Maxine Dunsdon, and Danny Giles, who was promoted internally from Scotland and Ireland sales manager to a bigger, more senior role also covering the north of England.