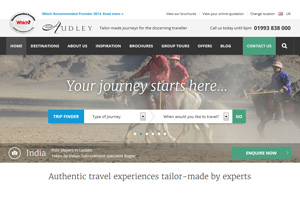 Luxury operator Audley Travel is expected to be sold for more than £200 million.

The Sunday Telegraph reported that a deal to sell the company by its private equity owner, Equistone, was in the offing after it hired advisers at Rothschild to run a sale process.

Travel Weekly reported last month that Audley would be sold this year.

The disclosure came from BDO head of mergers and acquisitions Peter Hemington at the ITT overseas conference.

Equistone originally invested £90 million in 2012 in the business, which was founded by Craig Burkinshaw and John Brewer.

The Oxfordshire-based company, which started out as Asian Journeys in 1996, specialises in tailor-made holidays and safaris to 80 holiday destinations including India, Thailand, Botswana, Kathmandu, Cuba and the Galapagos Islands.

Audley Travel, which has annual revenues of around £150 million, opened its first US office in Boston and a London base last year. It employs 350 people and is headed by chief executive Ian Simkins.