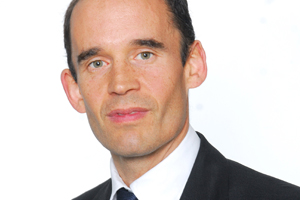 The cruise line has made a quantum leap in China but says the challenges should not be underestimated. Dominic Paul spoke to Ian Taylor

Royal Caribbean’s cruise business in China has grown 12‑fold in the past five years, but travel firms should not be fooled into thinking it’s an easy market, Paul told Travel Weekly.

He said: “Every business is looking to grow in China and there are huge opportunities. But you can’t just do what you do at home. History is littered with companies which got it wrong. You can’t just lift and shift from other markets.”

“But there are challenges. Companies have gone in with the wrong partners or underestimated the regional differences or assumed they could operate in the same way [as elsewhere] and thought it is easy money, when it isn’t.”

Royal Caribbean launched in China in 2010 and operates chiefly from Shanghai, Tianjin (for Beijing) and Hong Kong, offering four to seven-night itineraries to South Korea and Japan.

Paul said: “Consumers are different in every market, but you need to understand how the Chinese consumer is different. We’ve made fundamental changes to the product. We changed the food, entertainment, retail. We have Chinese executive chefs, Chinese chefs and a full operations team in China to ensure menus are executed well.”

When Quantum of the Seas launched this year it did so with entertainment created for the Chinese market. Paul said: “There is a visually rich Sequins and Feathers dance show that is a huge hit. Chinese guests look for a shorter, more intense experience, so we downplayed the length of our Broadway musicals. We’ve also gone very high-end on retail.

“Initially, we assumed guests would want Chinese staff, but we found they enjoy interacting with international crew, although we need Chinese speakers.”

He added: “We have an empowered local team – that is the philosophy of the business – but it’s more important in China because of the complexity.

“A lot of companies setting up in China don’t understand the differences. We learned and adapted. We worked hard at it.”

Paul added: “The Chinese government has been very helpful. Cruise is seen as bringing investment. You have to go through a lot of procedures, but the rewards are high. We’re number one in the market now and we’ll grow significantly over the next few years.”

He declined to predict how much Royal Caribbean would grow but insisted recent convulsions on China’s stock market had no impact on demand, saying: “It’s important to look at the economic fundamentals. The government acted quickly. China’s economy is still growing strongly. Even growth of less than 7% is a lot more than in the West. We still feel China is an engine of growth.”