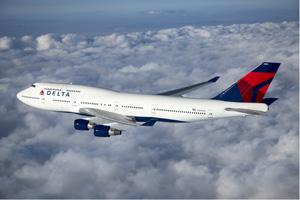 A summer seasonal route between Heathrow and Salt Lake City is also being added from May 1.

Salt Lake City will be Delta’s eighth US destination from Heathrow and the only non-stop service from London.

Delta provides connections to more than 50 destinations throughout the western US and Canada as the largest airline operating in Salt Lake City.

The airline’s EMEA senior vice president, Nat Pieper, said: “For the second summer in a row, Delta will be launching new routes that give customers more options when flying between the United States and the UK.

“Delta and Virgin Atlantic are committed to offering an extensive network on the transatlantic, and our new flights from London and Edinburgh will offer more connections to destinations throughout the US and beyond.”