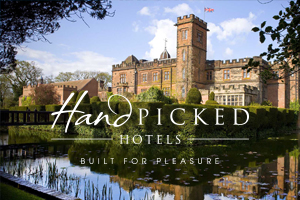 Losses at country house hotel chain Hand Picked Hotels have been cut to less than £4 million due to increased occupancy and room rates.

The 21-strong country house chain is owned by financier Guy Hands and his wife Julia.

It has been loss-making for several years and owes £11 million to Mr Hands and £14 million to Mrs Hands, the Mail on Sunday reported.

Chief executive, Julia Hands, said: “In 2014 Hand Picked Hotels delivered another 7% increase in its earnings before deductions, despite some turbulence in trading conditions and increased challenges to the cost base.”

Hand Picked Hotels continued to invest in its portfolio, spending £5 million during the year on upgrades – particularly to rooms, public areas and leisure facilities.

It runs hotels including the Grand Jersey Hotel & Spa in Jersey, Rhinefield House in the New Forest and Bailbrook House, Bath.