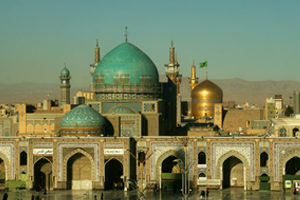 UK agents are being told to expert an upsurge in interest in holidays to Iran, after the country reached an accord with Western powers last month.

The accord saw the lifting of decades-old sanctions in return for a commitment to curb nuclear development, and there has been a rush by energy and professional service firms to be first into the Persian marketplace.

In August, the UK government reopened the British embassy in Tehran, while the Foreign and Commonwealth Office (FCO) eased warnings about travel to the Islamic Republic (with the exception of the area 100 miles from the Afghanistan border).

A number of travel management companies (TMCs) have told Travel Weekly that interest in Iran has been overwhelming since the agreement was announced.

Now leisure sector travel agencies in the UK, and elsewhere, are also being advised to ready themselves for a ground-swell of consumer demand.

Sohail Pedari, regional director for global sales across the Middle East and India for Ritz Carlton, is of Iranian descent and speaks with authority on the country’s potential as a tourist destination.

Speaking to Travel Weekly at the Connections luxury travel event at the Yas Viceroy in Abu Dhabi, he said a return to diplomatic and trade relations was a hugely positive development.

“There is a lot of beauty to be explored across the country; things that have not been explored for many decades. There is therefore going to be a lot of demand from specific consumers groups,” he said.

“[To cope with the resurgence of interest] there will need to be a lot more trade know-how, and supply is required very fast.”

A small number of specialist tour operators, such as Intrepid Travel, already offer Iran packages. Pedari believes it will soon be a competitive marketplace. He said:

“The country has always been extremely hospitable. The Iranians are very well known for their hospitality. The [ethnic] diversity across the country adds a lot of colour and taste. There is a lot of traveller thirst for Iran that suppliers and agent must help to quench.”

Pedari said Iranians were very happy to see international tourists arrive in the country to explore its history, culture and cuisine.

Yesterday, Emirates announced a new service from Dubai to Mashad in the north east. It already flies to the capital, Tehran.

Iran Air operates the only non-stop service from the UK at present. British Airways told Travel Weekly that it has no plans to introduce a Tehran service at the moment.