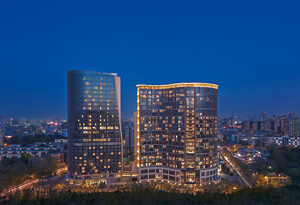 The inaugural Connections Luxury Asia event has announced a new venue following the requisition of the original host hotel by the Chinese government.

The networking event and conference was due to take place at the Yanqi Hotel by Kempinski in Beijing from October 28-31.

However, a last-minute requisition of the space for official government business has led to the event being switched to a sister property, the five-star Kempinski Nuo Hotel (pictured).

“We appreciate the tremendous efforts made by staff at the Yanqi Hotel throughout the planning stage of the conference, and recognise that the decision for the Chinese government to book the property was out of its control.

“Fortunately Kempinski was able to offer another of its marvellous properties and we look forward to working with the Nuo team and welcoming our guests to Beijing.”

The Connections Luxury Asia conference, which is supported by the Pacific Asia Travel Association, will welcome 80 invited buyers and suppliers from the premium travel sector.

Connections has also appointed a regional director to develop its presence in the Middle East, following the inaugural Connections Luxury event in the region in September.

Gamal Sadek, who has been general manager of the Al Ketbi Consultancy since 2008, will focus on increasing brand awareness for Connections in the Gulf in both the luxury travel and Mice sectors.