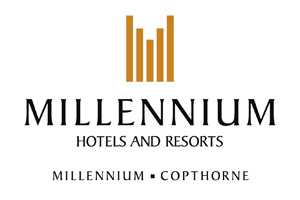 A weaker performance over the summer in Singapore and other parts of Asia hit revenues and profits at Millennium & Copthorne Hotels (M&C).

Revenue per available room (revpar) in the three months to September 30 remained flat at £77. Revpar was down by 9.6% across Singapore and the rest of Asia in the period.

London and New York also saw declines in revpar, mainly due to room closures during refurbishment at Millennium Bailey’s Hotel London and ONE UN New York.

Pre-tax profit for the first nine months of the year fell by 9.3% to £98 million, mainly due to “adverse trading conditions” in Asian markets, particularly Singapore, which is also facing increasing pressure on labour costs, the company reported in a trading update this morning.

M&C chairman, Kwek Leng Beng, said: “Revenue and profit were lower in the third quarter because of weaker performance by our hotels in Singapore and Rest of Asia.

“The Singapore market is unlikely to stabilise until the end of 2017 as hotel room inventory continues to grow.

“Millennium Seoul Hilton is still recovering from lower visitor numbers after the outbreak of Middle East Respiratory Syndrome in May.

“These factors, together with slower economic growth in China and higher operating costs, will continue to put pressure on revenue and profit in Asia.

“Trading conditions elsewhere were more benign although we remain cautious about the outlook in New York and London.”

“These projects are designed to reposition both properties to appeal to higher-yielding customers and, once completed, are expected to deliver considerable benefits to the group. The projects will require temporary removal of rooms from inventory.

“Pressures on financial performance are expected to persist, especially in Asia.

“The company is developing its talent pool, with a number of strategic appointments in prospect.”