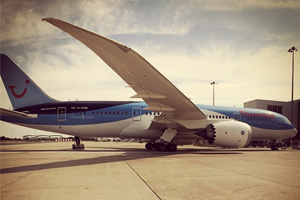 Thomson has confirmed that its final flight for holidaymakers stranded in Sharm el-Sheikh will run on Monday.

The airline will then deploy a flight to Manchester on Saturday, to Birmingham on Sunday and the remaining two flights on Monday to Gatwick and Manchester.

The company said: “Thomson Airways has worked closely with the UK government to finalise our flying programme for customers in Sharm el-Sheikh.

“We have made every effort to minimise the impact this will have on our customers.

“As a result we can confirm all flights from Sharm el-Sheikh will return to the UK by Monday, which will allow all but a small number of customers to return home on the final day of their holidays.”

Thomson added: “Some flights remain unchanged, however, please note that customers now flying to a different UK airport will be provided with onward coach transport to their original airport.

“There will be a team on hand at all our UK airports to help organise transfers.”

EasyJet said on its website that all delayed passengers would be home by the end of the weekend while Monarch said the last flight from Sharm el-Sheikh would depart next Tuesday.

All holiday flights to Sharm el-Sheikh remain cancelled up to November 25 based on government advice against all but essential travel to the Egyptain resort following the Russian Metrojet crash which killed 224 people on October 31.

Thomson said: “All customers booked to travel to Sharm el-Sheikh in this period will be provided with a full refund or can amend to any holiday currently on sale.

“If the new holiday is taken before the end of April 2016, we are also offering a £30 per person discount.”

British Airways said no flights would operate to Sharm el-Sheikh between November 16 and 23. “We are keeping flights from November 26 under review,” the airline said.