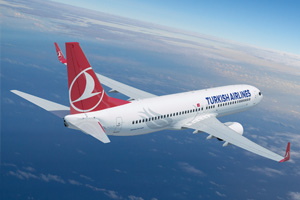 A Turkish Airlines aircraft travelling from New York to Istanbul was forced to land in Canada on Saturday evening following a bomb threat.

The aircraft was searched in Halifax in the early hours of Sunday morning, and was later cleared to resume its journey after nothing suspicious was found.

No details of the threat were given, but five passengers chose not to continue with their flight. The threat was received after the aircraft had departed from JFK airport.

The incident came just five days after two Air France aircraft were diverted due to similar threats. One also landed in Halifax, before being released to continue its journey on Thursday morning.

Airlines have been on increased alert since the terrorist attacks in Paris on Friday, November 13.