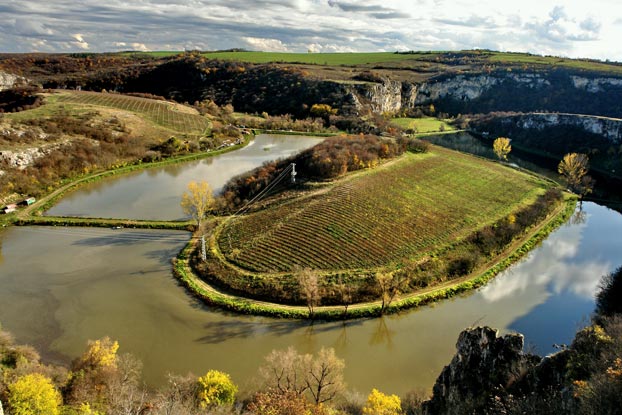 Innovation, cultural traditions, free spirit – those are three labels which shape the business card of the Bulgarian town of Russe. It is often called the Little Vienna because of its impressive architecture and location on the banks of the Danube.

The very first steps you make into the town will lead you back in time and will immerse you into its ancient history, dating back 5 thousand years. Those who would like to feel the authentic atmosphere of medieval Russe must not miss the opportunity to visit the remains of the Roman fortress in the town.

It used to be part of the Roman limes and it gave the town its name – Sexaginta Prista (a city of 60 ships). Thanks to the smart phone app LIMES Mobile, you can trust your virtual guide along the limes, which provides information about important Roman sights from Germany through Austria to Bulgaria.

In order to enjoy this portrait of time to a greater degree, you can take a look through the camera of your smart phone and see a reconstructed reality – a cohort of Roman soldiers appears amid the archeological excavations of the Roman times, and “the city of 60 ships” Sexaginta Prista once again emerges on the Russe side of the Danube banks through the phone camera.

Russe was a center of the Bulgarian National Revival movement. Some of its most prominent ideologists and participants once lived and now rest here. The Pantheon of National Revival Heroes acknowledges their sacrifice. The jewel in the monumental crown of Russe is the Monument of Liberty, which has become the symbol of the town.

The centre of Russe fascinates with a necklace of buildings in the Baroque style which bear the spirit of the big medieval castles of Western Europe. The Dohodno Zdanie stands out amongst them. This enchanting building, built more than a century ago, impresses with its magnificent façade and the seven exquisite figures on the roof, which personify art, science, agriculture, crafts, trade, defense and the free flight of spirit.

Along with its natural and architectural sights, Russe is also the Bulgarian harbor of innovation. It was here that the first railway station in Bulgaria was built, the first modern printing house was opened, the first newspaper was printed; also, the town hosted the first film screening in the country and it has been the residence of a number of consulates.

If you are a lover of wild nature, Rusenski Lom Natural Park (pictured above) is one of the places you must visit. There, several important historical and cultural monuments have been preserved from the whims of time. Among them are the remains of the medieval town of Cherven – one of the biggest military, economic and cultural centers of the Second Bulgarian Kingdom. The Rock-hewn Churches of Ivanovo (pictured below) are also here – a site included in the UNESCO World Heritage List.

You will not make a mistake if you visit the Russe Historical Museum, where the silver Thracian treasure from the time of the Odrysian king Cotys I is kept. The elegant shapes of the vessels testify to the skillfulness of the Thracians in processing gold and silver.

Along with their rich historical heritage, Russe, Ivanovo and Borovo host a lot of intriguing cultural events – the Russe Carnival, the March Music Days festival, the Autumn Days of Art and Culture, the folklore festival From the Danube to the Balkan, the Children of the Polomie holiday and others. Every year a tourism exhibition called Weekend Tourism is organized in Russe. Part of its program is the attractive Festival of Tourist Entertainment and Animation.