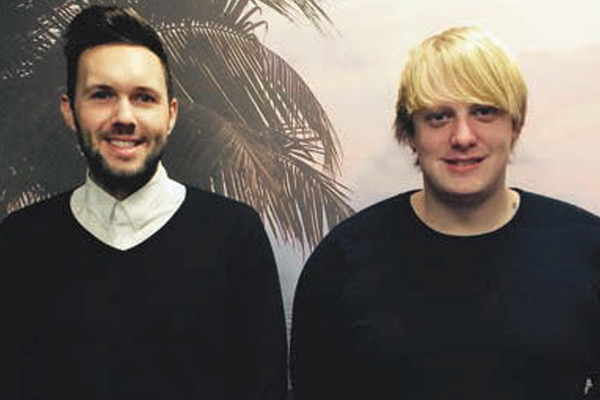 Rikki Dunnage and Edward Cox met working at Thomas Cook and within five years had set up their own agency. Since then the pair have scooped a Hays tour operating branch of the year award and featured in the Isle of Man’s Best Business Guide

Q: Why did you decide to set up in business together?
A: I (Rikki) worked for Thomas Cook for 11 years and I was customer service manager when Edward started at the same branch in Douglas, in the Isle of Man. He soon became a top-seller – he was in the top three for Cook nationally. I knew how much money the shop was making and I said to Edward, why don’t we do it ourselves? It was a risk. We both made sacrifices to do this. We have our differences sometimes but we are good friends and get on really well.

Q: How hard was it to set up your own agency?
A: It was a real struggle. We talked to Hays Travel Independence Group and they said they would take us on. We needed funding and pitched our business plan to six or seven banks and private equity firms but not one of them would invest. They all said the market was too volatile. In the end it boiled down to us finding the money – getting help from our families and money from our personal savings. We were lucky enough to be able to get what we needed and opened in September 2013 in a little office over a restaurant in the marina, and then a year later moved into a shop in a better location in Douglas. Sometimes we say “Is this really us?”; we can’t believe we’ve done it!

Q: You credit social media with helping you succeed. How do you promote the business?
A: When we started we advertised in newspapers and magazines but it was expensive and we didn’t see the return we wanted. We do most of our business on Facebook purely because we can message people back at any time. We launched our own Florida Facebook page and we get a lot of business from that. We have nearly 6,000 likes on Facebook. We put a deal on each day, but mainly we use Facebook to keep in touch with our clients.

Q: Sales were up by 22% year on year at the end of your second financial year. Has the business met your expectations?
A: We didn’t expect sales to be so high; it’s beaten all our expectations. The key for us has been to keep service levels high and be as honest as possible. When you work in such a small community you have to. We are quite old-school: we print out documents and give out our mobile numbers so we are contactable at any time. At the moment, we are working 12 hours a day, seven days a week, just to keep up. It’s getting to the stage where we will need another person. This January, sales have gone to another level: we have done what we did in the whole of January last year in two weeks. We had a four-year business plan to do £2 million in sales by the end of the second year but we were well over £3 million in two years.

Q: What’s next?
A: We want to have a foreign exchange desk, but there is a lot of regulation and it’s a case of getting the time to sort it out. It could be really good for us.

Be consistent: Deal with every booking in the same way.

Use social media: Use the channels that work for your business and keep it updated.

Work hard: Work every hour god sends for the first few years and it will pay off!