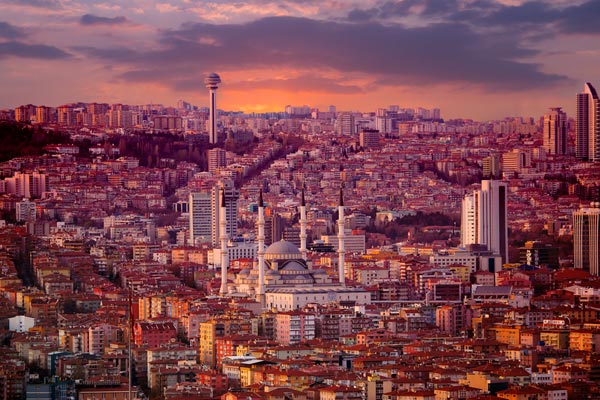 A terrorist attack targeting military personnel in the Turkish capital of Ankara killed 28 and injured at least 61 yesterday.

The car bomb prompted a strong response from Turkey which vowed to defend itself, saying the attack was against the entire nation.

Turkey’s deputy prime minister, Numan Kurtulmus, said: “We do not yet know the perpetrators.

“This attack did not only target our military personnel in those shuttles. This attack openly targets our entire nation.

“We condemn those who carried it out, those who instrumentalised the perpetrators, and those who gave logistical, intelligence and even political support to such attacks.”

Reports that Turkish officials suspect Kurdish militants from the outlawed Kurdistan Workers Party (PKK) have not been confirmed.

Islamic State has also been linked to the attack on the military convoy which happened close to the Turkish parliament.

In a statement Turkish president Recep Tayyip Erdogan said: “We will continue our fight against the pawns that carry out such attacks, which know no moral or humanitarian bounds, and the forces behind them with more determination every day.”

The US condemned the blast. National Security Council spokesman Ned Price said: “We stand together with Turkey, a Nato ally, a strong partner.”

Concerns about safety have been blamed for a 40% drop off in holiday sales to Turkey so far this year.

In January an Islamic State suicide bomber killed 10 people in Istanbul after blowing himself up in the city’s historic Sultanahmet square.