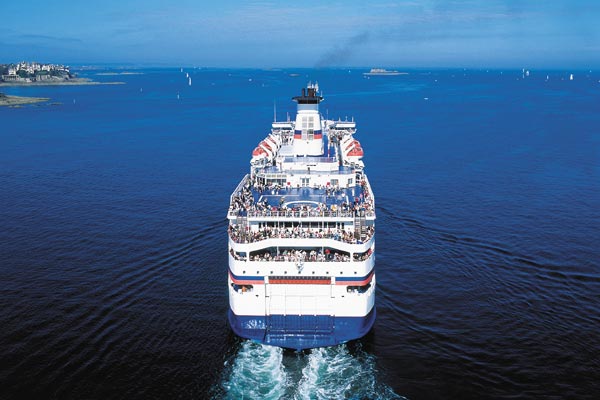 The number of people travelling on the shortest ferry routes between the UK and the Continent dropped to its third-lowest level in 25 years, latest official figures show.

There were a total of 21 million “short-sea” passengers, down from a high of nearly 37 million just after the Channel tunnel opened in 1994.

Traffic on the Dover to Calais route – the busiest international sort sea crossing – was down by 9% in 2015 to 9.8 million, figures from the Department for Transport show.

The decline was attributed to the migrant crisis in Calais and a strike by MyFerryLink workers which blocked access to the French port.

Numbers travelling via the Channel Tunnel decreased by 1% to 20.9 million – marginally fewer than the number of sea passengers.

It is believed that the crisis pushed more passengers on to alternative routes, including Dover to Dunkirk, where passenger numbers soared by 27% to 3.2 million last year.

Other important cross-Channel routes also experienced increases in traffic, including Harwich to the Hook of Holland, Portsmouth to Caen, Poole to Cherbourg and Plymouth to Roscoff.

The figures show 21 million international passengers travelled by ferry in and out of ports in the UK last year, down 1% from 21.3 million in 2014.

Ferry traffic between the UK mainland and Northern Ireland dropped by 3% to 2 million passengers.

The Port of Dover said there was “little doubt” that the issues in Calais last year had an impact on passenger numbers.

A spokesman told The Times: “In the first part of 2015 we were actually handling an increase in passengers, but this dropped off in line with the situation in France.

“Unlike freight transport, which had not only bounced back but was actually better than normal by early August, passenger figures were slower to recover last year. This is probably because the Calais issues happened at a time that is traditionally our busiest period for tourists and holidaymakers.”