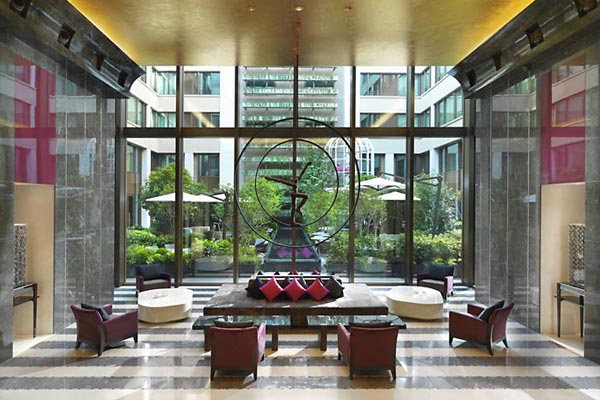 Underlying annual profits at luxury chain Mandarin Oriental fell by 7% partly due to a drop in demand for Paris following terrorist attacks in the French capital.

Profit was down to $90 million year-on-year, blamed on softer demand in Hong Kong and Paris, together with disruption from renovations at a number of properties.

The Mandarin Oriental, Paris was affected by weaker city-wide demand, which was blamed on travel security concerns following the terrorist incidents during the year. This led to a decline in revenue per available room [revpar] of 15% in local currency terms, according to chief executive Edouard Ettedgui.

The group raised $316 million through a rights issue during the year, with the proceeds reducing debt as well as funding a half share of the acquisition of the Hotel Ritz, Madrid, in May 2015.

“Nevertheless, the group is in a strong competitive position with an increasingly diversified geographical presence and earnings stream.

“Over the longer term, Mandarin Oriental will benefit from the strength of its brand and the limited new supply of luxury hotels in its key markets.”

The group is to undertake a major £85 million refurbishment of Mandarin Oriental Hyde Park, London, which is due to start in the third quarter of 2016 and last 18 months.

Mandarin Oriental now operates 29 hotels, and has a further 17 under development. Together these represent more than 11,000 rooms in 24 countries, with 21 hotels in Asia, nine in The Americas and 16 in Europe, Middle East and North Africa.

The group also operates or has under development 15 Residences at Mandarin Oriental connected to its properties.

Two hotels are due to open in Doha and Beijing within the next 18 months.