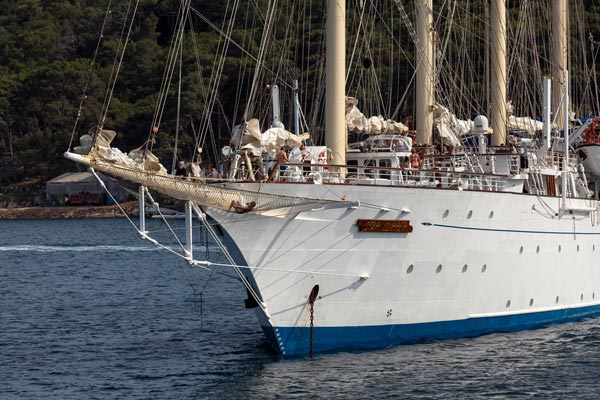 Flying Clipper will carry 300 passengers and will be powered by 35 sails.

The line’s fourth vessel is due to enter service at the end of 2017 as the biggest ship of its kind afloat.

Flying Clipper will be a near replica of the France II ordered in 1911 at La Gironde shipyard in Bordeaux, which was the largest square rig sailing ship ever built.

The new ship will have three swimming pools, a water sports platform in the stern for use when the ship is at anchor and a range of cabin grades, including 34 suites with balconies and four luxury owner’s suites.

The atrium restaurant will accommodate all passengers for open-seating dining and a glass Dive bar for younger passengers will be included.

“While the ship will have ecologically sound, high-tech engines, it will, like its sisters, rely on wind power and its sails wherever possible,” the company said.

Itineraries for the new vessel have not yet been disclosed.

The line plans a new 10-night Cuban itinerary in winter 2016-17 from Havana to Cienfuegos and is to introduce sailings in Indonesia in summer 2017.