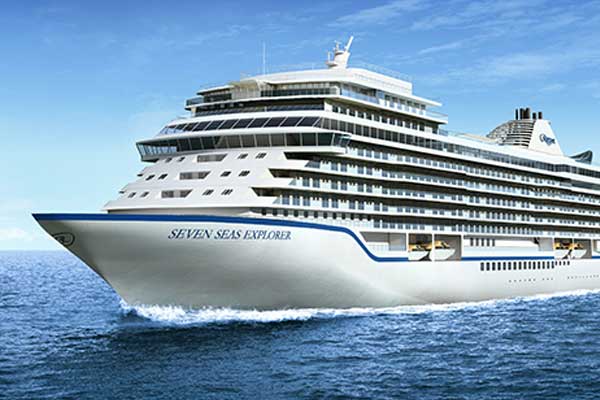 Regent Seven Seas Cruises has announced an order for a new ship, set to be delivered in 2020.

The ship will be the sister vessel to Seven Seas Explorer (pictured) which launches in July this year.

Making the announcement, parent company Norwegian Cruise Line Holdings, said a deal had been struck with the Fincantieri shipyard.

Frank Del Rio, president and chief executive officer of Norwegian Cruise Line Holdings, said: “When we began conceptualising Seven Seas Explorer a little over four years ago, we knew from the onset that she would be something special and make an immediate and lasting impression on the marketplace.

“We expect that the positive impact on earnings and impressive return on investment from Seven Seas Explorer will be significant and that her sister vessel will make a similar contribution.

Jason Montague, president and chief operating officer of Regent Seven Seas Cruises, added: “We knew immediately from the overwhelmingly positive response we received from travel partners and past guests that Seven Seas Explorer was going to resonate with guests searching for the ultimate in luxury travel.

“The extraordinary demand generated by Seven Seas Explorer, including record-breaking booking volumes, reinforced our decision to expand our fleet with an additional ship that mirrors the same incredibly high standards of luxury.”

The contract for the new ship is worth €422 million.