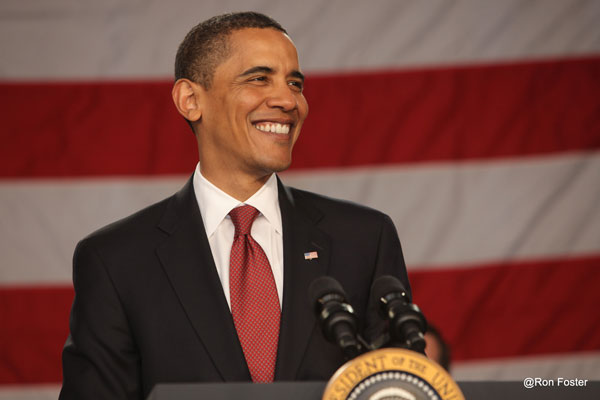 VisitBritain is putting a call out for US president Barack Obama to tweet to his 73 Twitter million followers during his visit to the UK next week.

The president will be encouraged to use #OMGB – Oh My Great Britain – the hashtag at the centre of the tourism body’s 2016 marketing campaign to promote Britain as the ‘Home of Amazing Moments.’

The US is the country’s most valuable inbound visitor market with latest figures showing that travellers spent £2.3 billion in the first nine months of 2015 as the number of arrivals grew by 7% to 2.6 million year-on-year.

The Home of Amazing Moments campaign was unveiled internationally in February and will be officially launched domestically across the UK next month.

The digital, TV, print and outdoor marketing campaign invites people to upload images of their own memorable moments using the hashtag #OMGB, some of which will be shared across VisitBritain’s Twitter, Instagram and Facebook platforms.

An OMGB.com website also has images and videos that people can share through their own social media channels using #OMGB.

VisitBritain marketing director, Joss Croft, said: “President Obama’s visit and the accompanying international media exposure is a fantastic opportunity for us to show people that the UK is packed full of amazing experiences that visitors – including the president – can only get here.

“During his last visit in 2014 President Obama went to Cardiff Castle and Stonehenge and, as a world leader, he will have many memorable moments during this trip, including dining with Her Majesty The Queen at Windsor Castle where he also has the chance to see rare Shakespearean folios in the year we commemorate the 400th anniversary of the Bard.

“We hope he will share these experiences with his millions of social media followers and inspire more people to book a trip to come to the UK and discover their own amazing moments.”