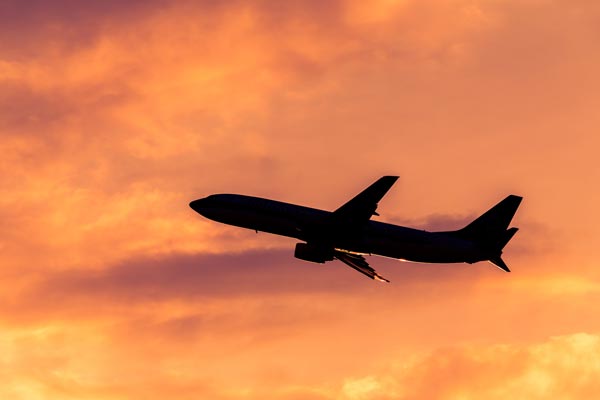 The topic of night flights is once again in the media, following the recent announcement by Heathrow airport that it was willing to accept the proposed restrictions put forward by the Davies Commission in order to secure agreement to build a third runway.

The UK government will also be consulting later in 2016 about night flying restrictions at Heathrow, Gatwick and Stansted for the next five years, which will keep this subject in the public eye for the foreseeable future. So what’s all the fuss about?

Night flights are an emotive subject, and one which brings the aviation industry and its customers into direct conflict with residents living close to airports, or more specifically those living on airport flight paths.

Indeed, following the Heathrow announcement, John Stewart, the chair of the Heathrow Association for the Control of Aircraft Noise (Hacan), was quoted as saying: “Between a third and half of people who have joined our group have done so because of night flights. It is the biggest source of irritation to a great number of people.”

So, why are night flights so important, and wouldn’t it be easier simply to ban or restrict them significantly?

To understand this topic in any detail, we need to think about how airports manage their capacity. There are effectively two major capacity constraints affecting any airport: how many passengers can be accommodated in its terminals, and how many aircraft can use its runways.

Subject to planning permissions (a whole hornet’s nest in itself), in theory an airport can always address terminal capacity, simply by building more or bigger terminals – provided of course there is sufficient land to park all the additional aircraft that need to use the terminals – and anyone who has tried to fly some smaller Greek or ski airports will recognise this as a real problem.

It needs to be borne in mind that building in Britain is never a cheap exercise, so an airport is not going to undertake an expansion programme unless it has great confidence about future demand for its capacity.

Therefore, the biggest constraint to airport expansion, particularly for the London airports, tends to relate to runway capacity. Gatwick is operating at pretty near full capacity on its single runway for most hours of the day, and Heathrow is running at absolute maximum.

Therefore, for both those airports, the only way that they can meet passenger demand for any growth in the short term, pending both a decision on any new runway and the 20-odd year lead in to building the runway is by extending the hours in which the airport operates.

This also pre-supposes that airlines are willing to operate flights at unsociable times. Logically therefore, it is unlikely to be in an airport’s interest to restrict airport opening hours, and night flights are an important part of the mix for any airport.

Interestingly, in Germany, residents’ campaigning on night flights has been relatively successful, and a number of large airports are now closed completely for extended periods overnight.

This does create some challenges for airlines, particularly when they have a delayed departure shortly before the night flight restriction. A number of travellers from Frankfurt have found themselves in hotels overnight, rather than leaving on business or holiday trips due to these restrictions.

For an airline, particularly those in the leisure market, night flights are an essential part of their operation. There has been a significant fall in the number of the worst-timed flights in recent years, and it is relatively uncommon nowadays to see flights leaving at the horrible times – there’s nothing worse than an 1am departure from the UK, or come to that matter a 2am return.

However, these flight timings still happen, and for the airlines, there is often an operational and financial need to operate at those times.

While 2016 has seen a massive resurgence in holidays to Spain, the trends of recent years have been an increase in programmes to “mid-haul” destinations – whether that is the Canaries (4-4.5 hours flying from the UK), Turkey (4 – 5 hours flying), Egypt (5 – 6 hours flying) or elsewhere.

Most airlines cannot make their business model work with a single round trip (rotation) on any day, and typically need to operate two rotations. A typical aircraft may operate from the UK to, say, Palma, followed by a return flight to Turkey.

Allowing for an hour on the ground between each flight sector, the aircraft day may look something like this – for simplicity, it’s easiest to show by keeping all times in the UK clock:

Where LGW is Gatwick, PMI is Palma and DLM is Dalaman.

That flight plan is fairly common – and involves a very early departure from Gatwick, as well as a late return. Depending on how you define night flights, and the government definition appears to be anything in the period from 23:30 to 06:00, the programme can only work by operating a night flight – and if you try to bring the start of the day any earlier, then the first departure also becomes a night flight.

Therefore, the effect for an airline of a complete ban on night flights is not simply to prevent the return of the flight from Dalaman, it is to require the airline to rethink its whole flight programme.

This might be fine if the airport had sufficient capacity for the airline to change a number of flights to make its programme work.

However, airlines rely on their historical slots to operate their programmes, and at an airport like Gatwick, which is already full, a significant replanning of a flight programme simply isn’t possible.

The other feature that makes this issue more complex is that by definition, any route has two ends. A change to the flight times in the UK airport also affects the flight timings at the overseas airport. Many of those airports are also capacity constrained, so the airline may not be able to make changes at the other end of the route.

So what on the face of it sounds like a simple, resident friendly move to restrict the timings of night flights can have big impacts for airlines, and call into question the ability of the airline to operate their programme – which, let’s face it, only works if the airline has sufficient demand for those flights in the first place.

And in looking at this topic, I have limited my thoughts to passenger flights. Any changes would have big impacts for the freight and mail industries, which definitely rely on night flights to make their models work.

So, my plea to government is to take great care before messing with the night flights regime. There is nothing worse than any government decision having inadvertent and unplanned consequences – and a change to the regime could easily have that effect.