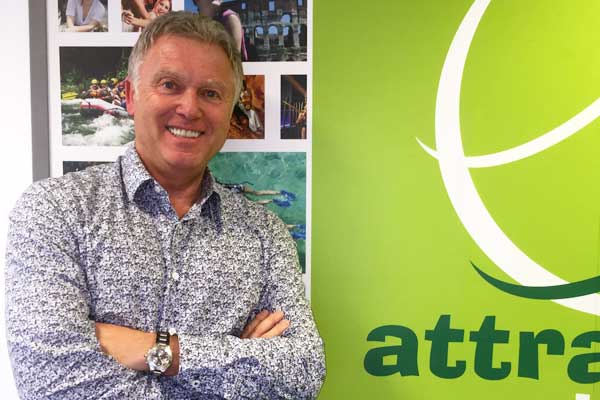 Specialist trade supplier Attraction World believes it can grow its trade sales by up to 40% as it enters its second decade of trading.

Last week the firm marked its tenth anniversary with a special event in Birmingham for key suppliers and trade partners.

Chief operating officer Tony Seaman, who along with managing director Paul Stobbs, led a successful £6.9 million management buyout of the business in 2010, said its success was down to the support of agents and suppliers who spend millions of pounds on the product and who without whom it did not have a business.

“It’s been a pleasure for the last ten years,” Seaman told his guests, “it’s been a real joy.

“The business has grown so much over the last few years. We have reached the dizzy heights of 83% [trade] market share, which is huge for a business of our size. We have won over 60 awards in the travel industry.

“We could not have this business without our travel agency partners. We could not be where without you. Thank you to everyone who sells our product on our behalf.”

Seaman added: “I believe there is a huge amount of growth still in the trade. We think there is another 30% to 40%.”

Although loosing a significant amount of business when Tui decided to launch an in-house ticketing division, Seaman said Attraction World has managed to replace much of that through establishing a closer group relationship with Thomas Cook and strengthening relations with consortia, and chains like Midcounties Co-op and Barrhead Travel.

Attraction World is the only surviving part of one of the original trade bed banks, Seligo, which collapsed alongside parent The Unpackaged Group in 2009. Seligo Attractions was hived off from the parent before the buyout to operate as an independent company.

Last month Attraction World bought directory website Day Out With The Kids which it intends to commercialise adding a new UK domestic revenue steam and helping to diversify its product.