You could WIN a place on a spectacular FAM trip to Universal Orlando® Resort with Do Something Different! 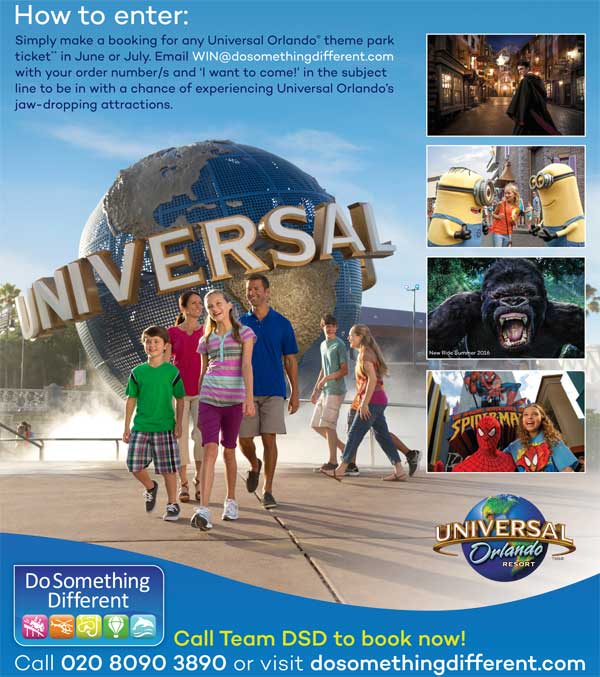