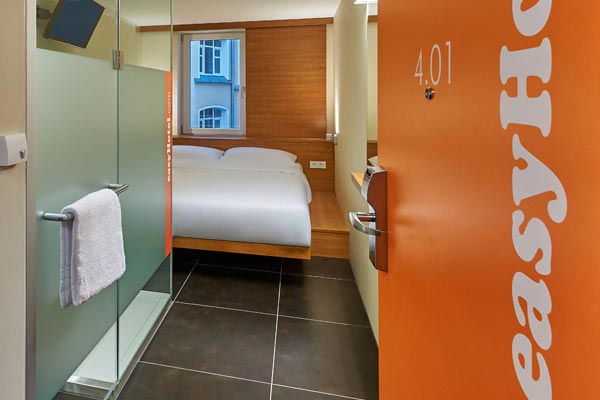 Budget chain easyHotel expects to add more than 1,000 rooms in the next two years.

The projection came today as the company reported a 10.4% rise in winter half year sales to £9.6 million.

The drop reflected increased pre-opening costs, depreciation and amortization and share-based payments, according to the company.

Total revenue was up by 11.6% to £2.59 million, described as being slightly ahead of expectations.

The company started work on new hotels in Liverpool and Manchester in the period while planning permission was granted for a property in Birmingham. Permission was submitted for hotels in Barcelona and Ipswich while three franchise hotels are being developed in Brussels, Amsterdam and Dubai.

Chief executive Guy Parsons, said: “Trading in the first half of financial year 2015/16 was slightly ahead of the board’s expectations as owned hotels started to benefit from the new revenue management strategy.

“This momentum has continued into the beginning of the second half, traditionally the busiest trading months of the year for hoteliers, and full year trading is on track to meet the board’s expectations.”

He added: “The board remains focused on operational efficiency whilst ensuring the company has the right infrastructure and resources in place to execute the growth strategy.

“The company’s committed owned and franchise pipeline is currently expected to add more than 1,000 rooms to the network over the next two years.

“With more opportunities, both owned and franchise, available than had been expected the Board is considering its funding options to take full advantage of these opportunities.

“The board remains confident that it can secure properties in major and regional UK cities as well as key European gateway cities whilst leveraging the strong brand to increase easyHotel’s presence in the growing branded super budget hotel segment.”