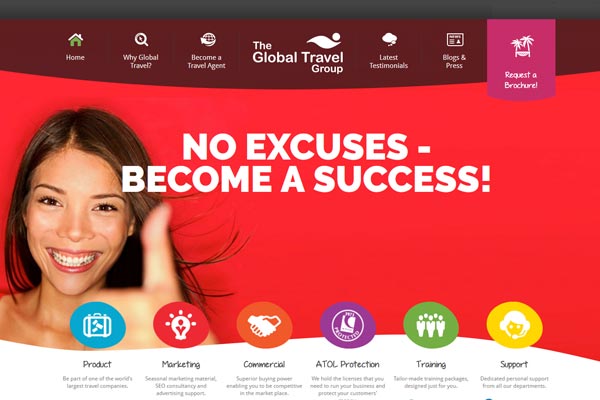 The Global Travel Group saw revenues grow 6.2% last year as cruise and long-haul increase in importance for its agency member.

Speaking in Dubai at this year’s annual consortium conference, managing director Andy Stark said the improved trading was a “remarkable achievement” given the challenges in the market.

And he said the fact that Global members put 97% of that business through the group’s 155 preferred suppliers, up 12 in the last year, was further endorsement of members’ businesses.

“I see lots of optimism within the industry,” said Stark. “It’s going to be a very exciting year. We are in great shape, producing great annual results.”

Stark said the average per person selling price per person has remained fairly constant but growth in packaged holiday sales was just over 6%.

He said there had been a shift to shorter duration holidays of a week or less while cruise was up 30% among Global’s 350 members.

Stark said short-haul accounts for 51% of Global’s business, while long-haul has risen to represent 37%.

Over 60% of Global members have a high street presence while 23.5 work from home, the remainder operating a non-retail business premises.

And the group reported a broadening of its geographic spread in the UK, seeing growth in the northeast and Midlands. Its two largest areas are the southeast, with 37% of members, and northwest, with 15%.

Stark said the group’s most important investment is in its technology as it continues to develop a bespoke system of iSell with Traveltek.

“This is by far the biggest long-term investment global has undertaken in the last decade,” he said.

The new system has been designed to give members access to their key selling platform on which ever device they choose whether that’s mobile or tablet as well as desktop.

“Having the right product and prices and being able to buy directly from our own internal contracting team is a unique selling point for the group,” he said.