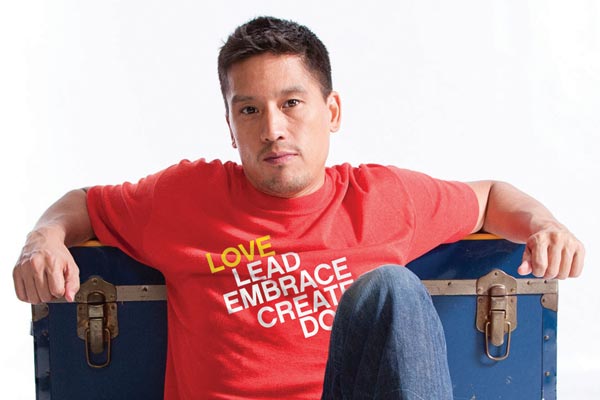 The greatest problem facing travel is how to ensure that more of the value created by tourism remains in the country of destination, the ITT conference was told this week

“That’s the problem, but at the same time it’s the greatest opportunity we have in the industry today,” he said.

Poon Tip said for the 40 poorest countries in the world tourism is their greatest source of revenue, meaning the industry has an opportunity to do real good in those destinations.

He said the travel industry was booming, with global tourist numbers predicted to rise to 1.8 billion by 2020 from £1 billion recorded in 2012.

He said within the next 10 years tourism will represent 10% of the world’s Gross Domestic Product.

“The dream we have always had at G Adventures is since people are going to the most in-need countries in the world, what if going on holiday was your way of giving back?

“If your money could stay in the local economy and benefit local people travel could be the greatest way of wealth redistribution the world has ever seen.”

“Instead of needing a local NGO or charity, your idea of giving back could be going on holiday. That is where the consumer is going and that is what the consumer wants.”

Social media has changed the way that brands communicate with customers so that two-way conversations are possible in ways that they were never possible before.

“To be an iconic brand today you want to engage consumers. Social media has created transparency to allow companies to act differently and aligned with responsibility that’s created a new type of company called social enterprises.

“Suddenly the culture of your company becomes your brand. In the future consumers will not buy from brands they will buy from other people.

“You need to hire the right people; people want to engage with the people of that brand. Today you have to look at your company very differently in terms of how you engage your employees.

“They [customers] want to relate to you on a higher level, on a higher proposition than just travel. They want to match their values with their purchase.”

Poon Tip said he believes travel was approaching a tipping point where the decisions customers make about their purchases will move beyond the momentary satisfaction of getting a good deal.