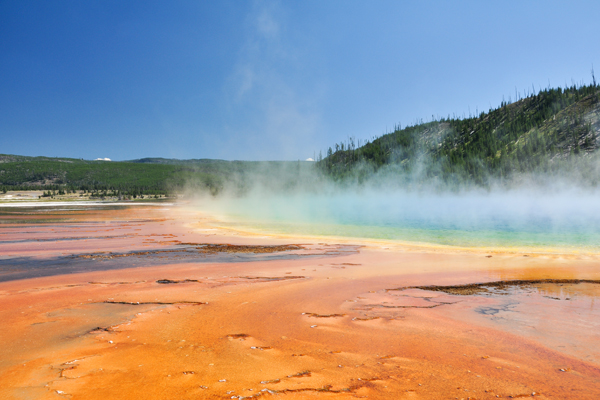 A man died after falling into a hot spring after wandering away from a path, according to officials at Yellowstone National Park.

Colin Nathaniel Scott, 23, fell into the spring in the Norris Geyser Basin area of the park in north-west Wyoming.

Springs in that part of the park, where boiling water runs under thin rock, can see temperatures of up to 93C (199F), the BBC reported.

“It’s very fragile rock and can be thin as a skiff of ice,” said park spokeswoman Charissa Reid.

Park officials say Scott and his sister had strayed some 200 metres from a designated walkway.

They recommend visitors do not leave trails in hydrothermal areas or approach wildlife.

A 13-year-old boy suffered burns after his father, who was carrying him, slipped into another hot spring in the park on Saturday. The pair had also reportedly left a path.