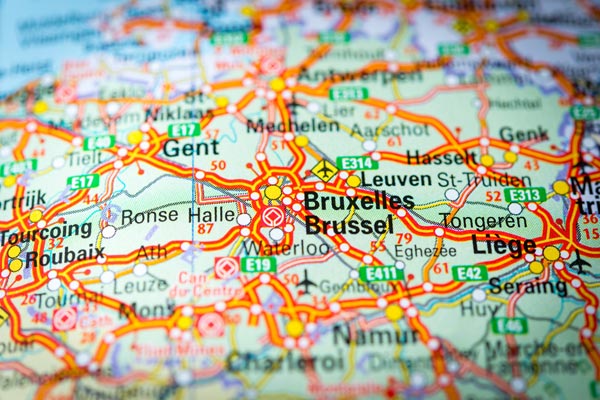 A man who sparked an anti-terror operation at a Brussels shopping centre transpired to be wearing a fake suicide belt containing salt and biscuits.

The man called police earlier in the morning claiming to have been abducted and made to wear an explosive belt.

Streets around the City 2 shopping centre were closed off and a bomb disposal unit deployed.

The man later said he had invented the whole story, according to prosecutors.

Authorities say the suspect has a history of psychiatric problems.

Pictures obtained by Belgian newspaper Le Soir appeared to show him wearing an improvised belt, including wires and a phone.

According to prosecutors, he called police at 5.30am local time claiming that he had been kidnapped, dropped off at the City 2 mall and that the suicide belt he was wearing could be detonated remotely.