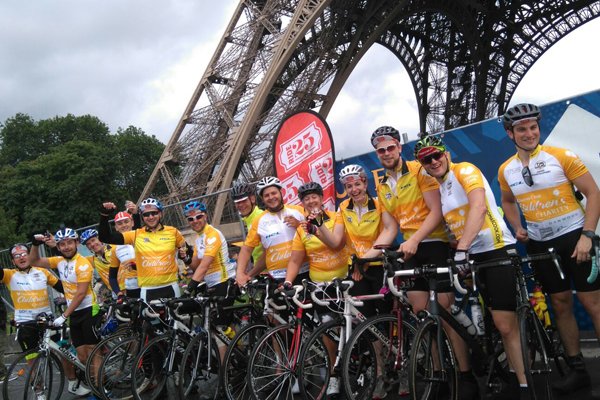 Staff from Thomas Cook have kick-started the company’s 175th anniversary celebrations with an epic bike ride from Peterborough to Paris.

The journey was in recognition of the travel giant’s first trip to Europe in 1855.

Eighty employees took part in the cycle challenge last week – 13 going the whole way and others joining for the first 65 miles from the Thomas Cook head office in Peterborough to Bletchley.

The group raised £100,000 for Thomas Cook’s Children’s Charity and is encouraging charitable causes to apply for grants via its website, Thomascookchildrenscharity.com

Peterborough-based agent Francesca Welham and Cook’s marketing and e-commerce director Jamie Queen were among those who had to battle wet weather and football fans on arrival to Paris.

Queen said: “We wanted to do something that would encourage as many people as possible to get involved in the event.

“It was a great achievement. We had a real mix of people from across the business working together. Even when it was really difficult when it rained, everyone pulled together as a team and we got to the finish.”